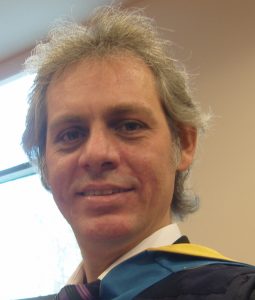 My name is Dave, and I am an experienced IT professional with 20+ years experience of supporting, servicing, setting up, configuring and maintaining IT systems from Desktop PCs to Laptops, Servers and Network Infrastructure.

I have been a ‘computer geek’ since the 1980s (I am proud to be called that, and also ‘nerd’ or ‘techy’), and was entranced by the ZX-81 and the possibilities it offered. After graduating to the ZX-Spectrum and the Commodore-64, the lure of the first IBM clone PCs was irresistible!

I began my career in IT as a civil servant back in the mid-1990s, when a role came up for an ‘IT Officer’. The only qualification required was ownership of a PC and enthusiasm for technology. I’d been the go-to guy in the office for fixing the old BT modems and the UNIX terminals they were connected to, so it seemed a no-brainer. Finally, I had found my calling! The role allowed me to play with all sorts of computer kit, and I learnt my trade before plug-and-play, autorecover and self-healing operating systems were even a glint in Bill Gates’ eye! I learned about networking via Novell Netware, then Windows for Workgroups, and finally Windows Server with Windows 95 clients.

After a few years, I landed a job as the network manager for a local school. That taught me a lot about security, both physical and software. Schoolkids have a way of discovering new and interesting ways to break IT!

From there, I was recruited as part of a team to set up and manage a City Learning Centre in Hull, part of a government programme to raise educational standards using technology. I cut my teeth on Mac and Linux systems, VMware virtual servers, and thin-clients, and ended up helping to manage the upgrade of the Yorkshire and Humberside Grid for learning broadband network across the City of Hull and North East Lincolnshire.

I then went into teaching at an FE College, developing degree and foundation degree programmes in Computing. I have always believed in passing on my knowledge to the next generation of ‘geeks’ (nerds, techies, etc.) and this was a rewarding chapter in my career.

All good things come to an end, and government cuts gave me the opportunity to start my own venture offering affordable, reliable IT support to homes and small businesses in my community. I was tired of hearing stories from people of how they had been given bad advice, mis-sold stuff or simply ripped off by cowboys, and can promise that I am not one of them. If you think I can help, no matter what your IT problem is, give me a try. Use my contact form, or get in touch on the mobile number at the top of the page or via social media, or simply e-mail me direct at enquiries@andersonsit.co.uk.

I look forward to hearing from you!