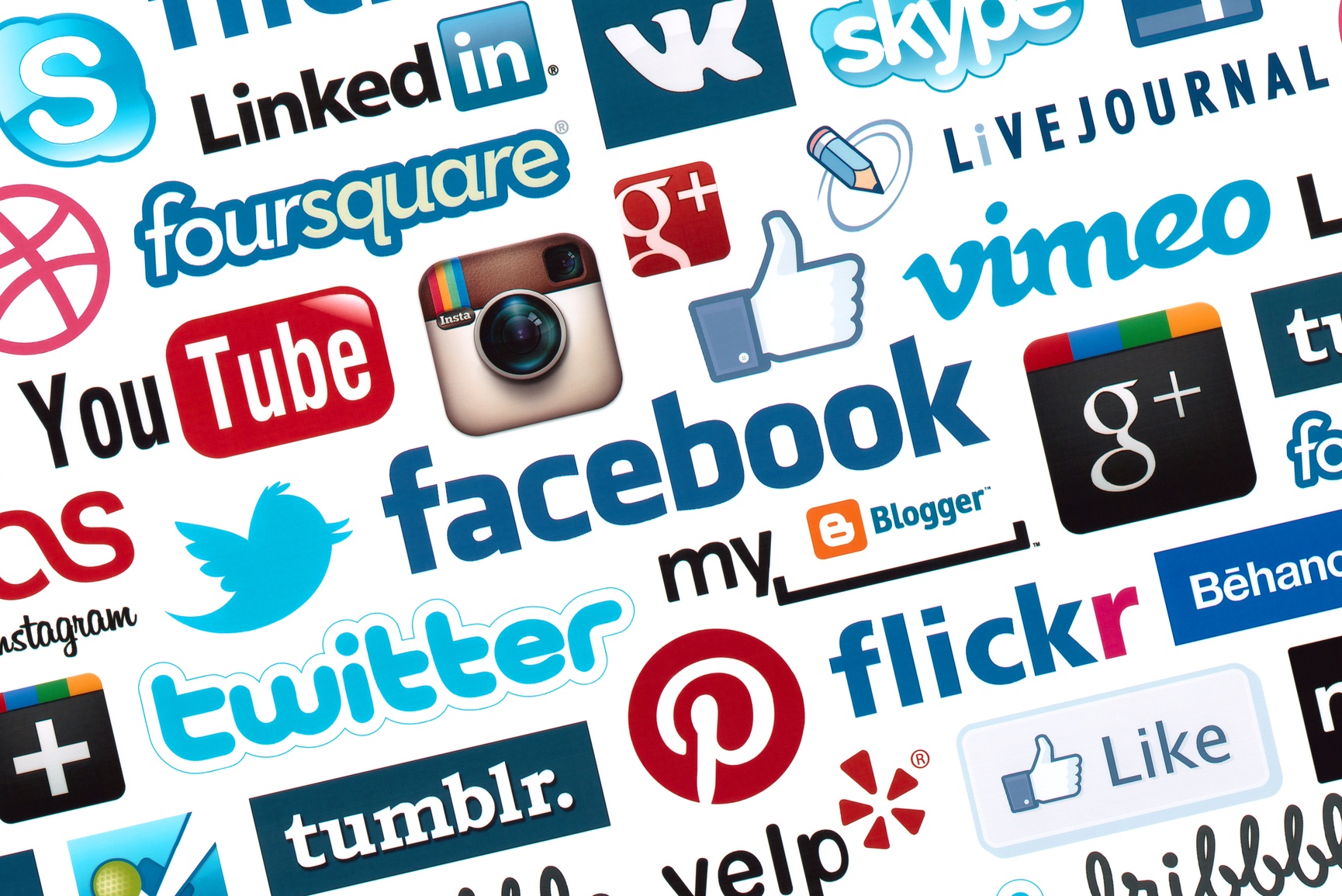 In part 2 of this series, Dave introduces some more social media applications that you might (or might not) find useful. He also recaps some tips on how to stay safe

The best of the rest

In part 1 of this series, I looked at what I class to be the ‘top 6’ social media apps – the ones that the majority of my customers, friends and family are using or likely to find useful. As I said in that post, it depends where you look as to which apps top the charts, but I chose my ‘top 13’ by trawling various rankings and averaging them out. Facebook was consistently number 1, but different sources gave varying information about who took up the next few spots in the charts.

As well as being the most popular in terms of the number of users, these are also the most familiar. This is partly due to their longevity. I have put their launch year in brackets next to each one, and you can see that the ‘youngest’ app, Facebook Messenger, has been around since 2011. Even this is misleading, as Facebook Messenger originally started out as Facebook Chat in 2008, before being spun off as a standalone app in 2011. Even a year is a long time in the digital world, so these apps have been around forever!

So what about the rest? The following apps, whilst useful and fun, don’t really make the grade as part of my daily routine. There’s some overlap, and to be quite honest I don’t see the point in some of them! That’s probably controversial, and I am a middle-aged white male, so what do I know. But hey, this is all just my opinion, so feel free to ignore me…

Let’s take a look at the ‘best of the rest’.

Originally launched as “Picaboo” in 2011, Snapchat has 67 million UK daily users, with 69% of 13 to 17-year-olds using the app and 62% of 18 to 29-year-olds using it. So it’s mostly used by youngsters, but why? It’s all to do with the fact that any picture or video or message you send – by default – is made available to the receiver for only a short time before it becomes inaccessible. The app is based around the idea of fading memories, photos, and videos that don’t last forever and are designed to be temporary glimpses into the lives of groups of friends. It’s this ephemeral, temporary way of sharing data that appeals to the younger generation, especially as employers now trawl through your internet history before hiring you. If it disappears as soon as it’s opened, there’s no history!

Tumblr is, like Twitter, a ‘microblogging’ site. Like Facebook, users can share ‘posts’ that include a variety of media such as text, links, photos, gifs, audio, and video. It has been described as a fusion of social network and blogging. It was launched in 2007, and quickly became popular with younger users, and it now has 9 million UK users, 45% of whom are under 35 years of age.

Not surprisingly, this move was met with huge criticism from its user base, some of whom argued that they should instead have focused on tackling hate speech and spam.

Despite this, it remains popular amongst young people who use it to separate their public, Facebook-friendly social media life from the private, slightly edgy, online life they share with their friends. And I think that’s OK.

Unlike most social networks, LinkedIn is a professional networking site, designed to help people make business connections, share their experiences and resumes, and find jobs.  LinkedIn is quite similar to social networking sites like Facebook. It’s based on principles like connecting to friends (or, in the case of LinkedIn, ‘connections’), posting updates, sharing and liking content, and instant messaging other users. It’s one of the oldest around, being founded in 2002, and has 28 million UK users.

LinkedIn profiles act as online CVs, and it’s useful for building connections with other professionals and finding new opportunities. Unfortunately, it can also be a place where people present themselves in a way that is easily parodied, as this example from “The State of LinkedIn” Twitter feed shows:

You can think of Pinterest as a web-based pinboard or bulletin board — but with greater organizational functionality. You can also think of it as a bookmarking tool. People typically pin or save images they found on the web (or on Pinterest itself) to different boards (used to categorize their image collections). Many of the images saved on Pinterest are clickable, and open up in a new tab to the original web page where they were found,

For example, Pinterest is a very popular tool for recipes. People can browse through images of delicious looking food, click on an image that looks good and be taken straight to the recipe instructions when they click on it. They can also save it to their own recipe board so they can access it later.

Pinterest was launched in 2009 as a closed beta (released to a restricted group of individuals for testing) and launched for the iPhone in 2011. It has 10.3 million users in the UK and it’s more popular with women, with 45% of women identifying as Pinterest users (as compared with only 27% of men).

I’ve included Skype in this list, as although it is being severely challenged by Johnny-come-latelies like Zoom, it’s a venerable application for video and voice calling and instant messaging that’s been around as long as I can remember. Well, since 2003, anyway. It was acquired by Microsoft in 2011, which proceeded to integrate it with all of its products. Skype is now part of the Windows operating system, so you probably have it on your computer without even realising it!

The etymology of the name is interesting  – it’s derived from “Sky peer-to-peer“, which was then abbreviated to “Skyper”. However, some of the domain names associated with “Skyper” were already taken. Dropping the final “r” left the current title “Skype”, for which domain names were available.

Because of its close association with Microsoft, Skype is the most successful global application for video calling, with 300 million users. This success is, as I said, being severely tested by alternatives such as Zoom, Duo, WhatsApp, Facetime, and Imo.

Flickr is an image hosting service and video hosting service. It was created by Ludicorp in 2004. It has changed ownership several times and has been owned by SmugMug since April 20, 2018. There are currently 112 million global Flickr users, but Flickr appeared to lose 63% of its users after its acquisition by SmugMug. There are still around 30 million uploads per day though!

What sets Flickr apart from other popular photo-sharing apps like Facebook and Instagram is that it’s truly a photo-centric platform built for professional photographers and photography enthusiasts to show off their work while enjoying the work of others.

It’s more focused on the art of photography than any other major social network out there. Think of it as Instagram for professional photographers.

A Free Flickr account gets you 1,000 GB of storage, all of Flickr’s powerful photo editing tools and smart photo management. If you upgrade to a pro account, however, you’ll get access to advanced stats, an ad-free browsing and sharing experience and use of Flickr’s Desktop Auto-Uploadr tool.

Nextdoor is a ‘hyperlocal‘ social networking service. Based in San Francisco, California, the company was founded in 2008 and launched in the United States in October 2011 and is currently available in 11 countries. Users of Nextdoor submit their real names and addresses (or street without the exact number) to the website; posts made to the website are available only to other Nextdoor members living in the same neighbourhood.

It’s a great way to build local networks and sharing news and events with your neighbours. It’s a bit like a combined online neighbourhood watch and residents’ association. The Nextdoor website describes their purpose as:

“the neighborhood (sic) hub for trusted connections and the exchange of helpful information, goods, and services. We believe that by bringing neighbors (sic) together, we can cultivate a kinder world where everyone has a neighborhood they can rely on.”

Whether you agree with that or not, it now boasts 236,000 neighbourhoods (although it’s not clear what that means in terms of numbers of users), and it does appear to be a force for good, despite suspicions of racial profiling. And my experience of it suggests that as well as being somewhere you can get recommendations for a plumber or report suspicious activity, it’s also a place to moan about people not picking up their dog’s poo…

I was going to finish this post off by focusing on the problems that have plagued the social media companies in my top 13, but there are soooo MANY of them, it’ll have to wait until the next installment. Otherwise this post would have been like War and Peace!

You can find more information on safe use of social media here, but look out for part 3 of this series, where I’ll be digging into some of the controversies surrounding social media. There are some themes that emerge, and it will help us to focus on some specific and general things you can do to minimise your attack surface when using social media and give you peace of mind.